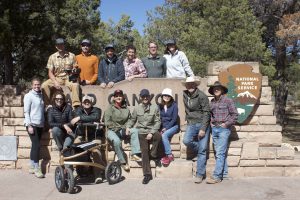 John Masters enlisted in the United States Army in 2001 and served as an Airborne Ranger. Between 2002 and 2005, he deployed to Afghanistan three times and once to Iraq. Shortly after, Masters decided to transition from the Army and was honorably discharged. In 2007, he enlisted in the United States Army Reserves and reclassified his military occupational specialty to combat cameraman. He received training through the Army in both photography and cinematography and deployed to Afghanistan in December 2009.

While serving in Afghanistan as a combat cameraman, Masters was injured due to a severe blast and medically evacuated out. He received treatment at Walter Reed National Military Medical Center and medically retired in 2012.

Looking to transition from his military career to his civilian career, Army Staff Sergeant John Masters graduated from New York Film Academy and began his career as a filmmaker and founded Masters Production. In the process of finalizing his first film, HIBM: Her Inescapable Brave Mission, Masters, a longtime Team Hope For The Warriors member, reached out asking for a wish. 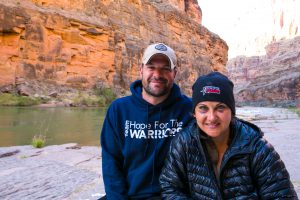 “With the support of Hope For The Warriors, that desire is becoming a reality. Working alongside my wife to spearhead this effort, HIBM: Her Inescapable Brave Mission, has provided me purpose and fulfillment. Spearheading an effort, bigger than ourselves, being part of a team, and knowing that we are working to spread a positive message to those in need, has brought light back into my life, that has been absent ever since I separated from the military” – John Masters

His film, HIBM, is a documentary of a 12-day expedition through the Grand Canyon featuring Masters’ wife, Cara. At just 30 years old, Cara was diagnosed with a rare type of muscular dystrophy called Hereditary Inclusion Body Myopathy (HIBM). First hearing her story while she was the keynote speaker at an event he was attending, Masters shared that he found her to be amazing and inspirational – never letting her diagnosis damper her spirit. Meeting after that speech, they realized their shared passion and well, the rest is history.

With Masters by her side, the film will follow Cara striding on horseback as she descends nearly 6,000 feet into the country’s deepest canyons and continues to follow her as she rafts 150 miles down the Colorado River. The goal of the project is to break down the barriers faced by people with disabilities and to inspire everyone to live bravely in the face of adversity.

Hearing Cara’s story, being a part of Masters’ recovery and seeing how passionate he is about filmmaking, we were inspired by this extremely strong and resilient power couple.  In early 2018, he was granted A Warrior’s Wish, and Masters received $15,000 of support to help fund the film HIBM: Her Inescapable Brave Mission.