Never Miss A Run -The Story of Sergeant Major Irrera

HOPE is family, and we are honored to highlight an exceptional member of our family who has been a part of every Run For The Warriors race in Jacksonville, NC, since 2006. 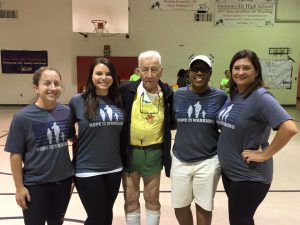 Marine Corps Sergeant Major Domenick Irrera entered the Marine Corps in 1943, and if you served with him or under his leadership, you would know that he never misses an opportunity to get a run in. Believing running was his gift from God, he ran to and from work at Camp Lejeune every Thursday and ran various distances daily until his legs would no longer go. He would only take one day off a week, Sunday, a day which he dedicated his day to church and family. After his retirement in 1980’s, SgtMaj Irrera ran at Camp Johnson every day and continued making running and fitness a major priority in his life by competing in marathons and races up and down the east coast. 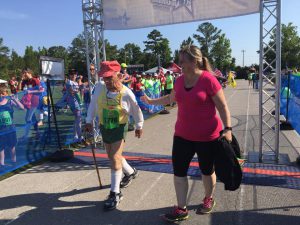 SgtMaj Irrera crossing the finish line at the 12th Annual Jacksonville Run For The Warriors.

During Run For The Warriors preparations in 2006, our President/CEO Robin Kelleher saw a group of retired Marines jogging and walking together every single day. With hopes of earning their support and participation, Robin stopped and handed SgtMaj Irrera a flyer inviting him and his group to our run. From that day forward, SgtMaj Irrera has never missed a race.

If we learn anything from our veterans, especially someone who has served during World War II, the Korean War, Vietnam War and more, it’s that giving up is simply not an option. Signing up for the 13th Annual Jacksonville Run For The Warriors, a race that took place a few days after his 93rd birthday, SgtMaj Irrera trusted his body and decided he could not compete, but not being there to support was not an option. 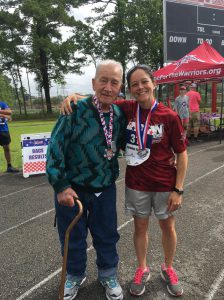 SgtMaj Irrera and SSgt Shimp after the 13th Annual Jacksonville Run For The Warriors Award Ceremony where Shimp place 2nd in her age bracket for the 5K.

Inspired by his determination, fellow Marine, and Eastern Pennsylvanian, Staff Sergeant Nicole Shimp, serving as a Section Leader at Wounded Warrior Battalion-East took on the honor of running the 5K wearing SgtMaj Irrera’s bib #312. Keeping SgtMaj Irrera’s winning tradition alive, SSgt Shimp placed 1st in her division, 2nd among all females, and 11th overall with a race time of 25.24. SSgt Shimp shares, “It was an honor to run for SgtMaj Irrera! I did not meet him until after the race, but knowing how dedicated he was to this race and being a SgtMaj, I knew I had to and wanted to represent him.”

SgtMaj Irrera was there at the awards ceremony to give SSgt Shimp her medal along with many other winning runners, offering them words of congratulations, wisdom and encouragement.

SgtMaj Irrera has run over 50 marathons and countless races. Of his many race accomplishments, one of his most memorable was his induction into the Marine Corps Marathon Hall of Fame in 2011, a race he’s been running since 1976, only missing if he was deployed or injured, and running in the 1984 Summer Olympics Torch Relay. SSgt Shimp and SgtMaj Irrera plan on keeping in touch, and she is currently working with his caregiver on picking a time to see the SgtMaj’s trophy room of his awards and medals from the Marine Corps and running!