Armor Down/Daddy Up: Answering a New Call to Duty 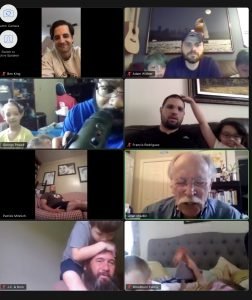 For many service members and veterans, returning from combat poses a new set of challenges. The trauma they have experienced follows them home, affecting their psychological and emotional health, and weighs heavily on their personal relationships with friends and family. Experiencing firsthand and watching fellow service members struggle to reintegrate back into everyday life, Iraqi War veteran and Purple Heart recipient, Ben King, knew something had to be done to help break the cycle.

When Armor Down started, there was scientific evidence present about many effects service members face as a result of war. Trying to get the word out to veterans about programs and services available to them, Ben began handing out flyers with a QR code linking to mindfulness practices taught by the VA. Passing out over 10,000 flyers, Ben was hopeful this would help make a change.

After going over the results from his campaign, Ben found that of the 10,000 flyers handed out, only 10% resulted in action taken. He then knew it was time to head back to the drawing board. 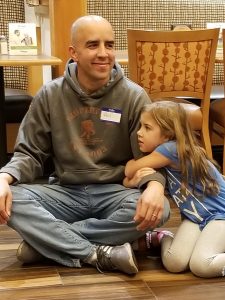 “Bottomline was that we needed a new approach,” said Ben. “Through continued day-to-day outreach and engagement with the veteran community, we learned that using intellect or reason as the way in was not that effective. So, if outreach conducted at the level of the mind wasn’t that effective, what approach would be?”

Reflecting on a time when he was inviting a veteran to practice a mindful moment, Ben recalled a conversation that was instrumental in changing the course of his approach. The conversation was about yoga, where the veteran said they were not interested in doing “yoga stuff.” So, thinking quick on his feet and trying to find common ground, this is how Ben responded:

Ben: “It’s not yoga. It’s more like marksmanship. Do you know what front sight focus means?”

Veteran: Responding with a perplexed look on his face, he said, “Of course I do; it means putting your complete attention on the front sights.”

Veteran: “Because if you do that, you will hit your target.”

At that moment, Ben realized maybe the path to connecting veterans to the practice of mindfulness was not through the head. From then on, Armor Down changed its outreach strategy and programming to focus more on connecting to the veteran’s heart instead of to the head. 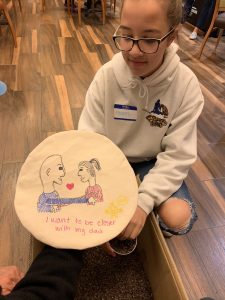 As Ben stood in the checkout line at a Trader Joes, he had no idea that he was about to have another conversation that would really kickstart his vision. A gentleman named Allan Shedlin helped Ben check out, and it was then that the two started talking about Armor Down. Ben shared his “elevator speech” and talked about his relationship with his own children. This conversation helped spark the relationship between Armor Down and Allan’s organization DADvocacy Consulting Group. During the conversation, Allan told Ben that there was no better way to access a veteran’s heart than through his/her kids. From there, the two created the Armor Down/Daddy Up!™ program and formed a relationship that still stands strong to this day.

The Armor Down/Daddy Up!™ program is designed to assist veterans and active-duty warriors with reentering their families in the most productive and rewarding ways possible. Because becoming a parent and becoming a service member are perhaps the two most identity-defining and life-altering moments in the participants’ lives; the program assists veterans in armoring down from their military experiences and teaches them specific parenting skills to enable them to become the parents THEY want to be. It builds upon the idea that when parenting is satisfying, it can help mitigate the negative consequences often associated with the realities of deployment and its aftermath.

Popular media often depict the heartwarming, joyful reunions of returning veterans surprising their children and loved ones. But that’s day one. Day two, and the days that follow, are rarely given the same attention. Armor Down/Daddy Up!™ aims to help participants transition from one “call to arms” to a completely different one. 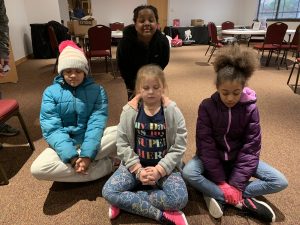 So far, Armor Down/Daddy Up!™ has conducted 12 three-day zoom programs with veterans and their kids all over the country. Through organizations like Wounded Warrior Project and Hope For The Warriors, Armor Down/Daddy Up!™ continues to provide programs and services to help dads become the dads THEY want to be each and every day! Hope For The Warriors was introduced to Ben and Armor Down through our relationship with AARP. As a Partner in Mission, we have shared his content in our Resilient Warrior and Resilient Family programs and featured it in our 30×30 Virtual Fitness Challenges. This content has touched the lives of so many members of our warrior community, and we are excited to see where the journey leads us together in the future!

Hope For The Warriors was introduced to Ben and Armor Down through our relationship with AARP. As a Partner in Mission, we have shared his content in our Resilient Warrior and Resilient Family programs and featured it in our 30×30 Virtual Fitness Challenges. This content has touched the lives of so many members of our warrior community, and we are excited to see where the journey leads us together in the future!