Above & Beyond: One Combat Veteran Finds a New Focus

Today’s blog is written by Austin, a member of the United States Navy and a participant of the Above & Beyond Program with Hope For The Warriors®.  Austin shares the purpose and success that he has found since attending the program, only four months ago. 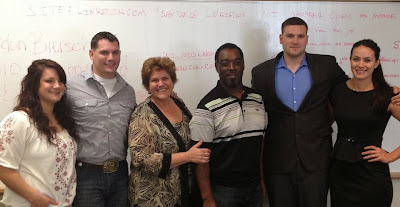 Just a few
months ago, I was placed on a medical evaluation board that resulted in my
being involuntarily separated from the United States Navy, due my extensive
injuries sustained while serving.
At first I
felt abandon by my unit; I wasn’t receiving the guidance that I need to
properly transition from military life into civilian life. I did however
receive instructions to attend GPS, the mandatory transition assistance program
provided by the Marine Corps, but the course was rushed and over loaded. I
completed the course with increased anxiety, uncertainty, and an overwhelming
feeling that I had an unrealistic amount of prep work to transition smoothly.

Shortly after
this, I was transferred from the First Marine Division to the Wounded Warrior
Battalion West to recover from surgery and focus on my mental and physical
health, both of which were continuing to deteriorate rapidly. With depression
taking hold, I began considering options for myself that were previously
unthinkable. I had become exhausted, frustrated, and hopeless; all of these
were compounded by losing my identity as a Navy Hospital Corpsman.  I had no idea what to do with myself. I just
wanted it to end. Hinging on the idea of giving up the first time seemed like a
feasible option.

In the
following week, I came to hear of a program that was specifically structured
around assisting military personnel with their transition out of the service.
At first, I was skeptical of this program being any more effective than the
course I had just attended through the military. The first day I attended the
Above & Beyond Program through Hope For The Warriors®, I was greeted by a
friendly professional staff. We immediately dove into the course starting with
identifying our individual personality types followed by endless opportunities
to network and obtain a variety of resources, to include actual job offers and
take part in educational programs.

Through all
of this, I found myself feeling much more in control of my future, but still
unsure of what I might do after transitioning out of the military.  That is until the staff of Hope For The
Warriors® introduced me to a representative of an educational program called
the Veterans Sustainable Agriculture Training program (VSAT), through Archi’s
Acres, Inc., which was presented near the end of the course; that’s when the
tumblers literally fell into place. I was enrolled into the program by the
staff of Hope For The Warriors® right there on the spot. This led to an
extremely challenging course that took me from suicidal ideas to developing an
actual company that is estimated to generate 1.6 million dollars within the
first five years. Hope For Warriors® reintroduced me to life and gave me
something to strive for.  Thanks to this
program, I am returning to society as a quality citizen, and in the very near
future, as a job creator.

I couldn’t
image the path I may have taken without the influence of Hope For The
Warriors®. They have made hope possible for me again. This is just an example
of one area the organization provided assistance in for me and my family, and I
couldn’t be any more grateful nor could I think of a more capable group of
professionals to assist military personnel and families with their
transition.  I found this to be a true
hope for our military personnel and their families, given programs like this
one rather than with slow moving one size fits all government programs.

Learn more about the Above & Beyond Program