Get the Latest Updates
Facebook0Tweet0LinkedIn0Print0Email0
In August 2015, SSgt Joseph Harms, an active duty Marine
currently serving with Wounded Warrior Battalion-East at Camp Lejeune was faced
with life-altering news. The devoted husband and father of two, ages 6 and 11,
learned that his battle with cancer took a turn for the worse and he was given
6 months to 1 year to live. 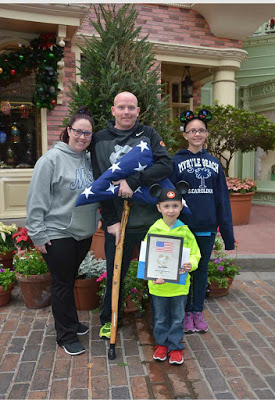 Thanks to our friend, LtCol Craig Stephens
(Ret.), a Command Advisor at Wounded Warrior Battalion-East, for referring SSgt
Harms to Hope For The Warriors® and making us aware of his final wish to make
unforgettable memories with his wife and kids at Walt Disney World. Through
Hope For The Warriors® A Warriors Wish® collaboration with the Muscle Milk brand and
Fisher House, the Harms Family was able to do just that over Thanksgiving.
SSgt Harms joined the Marine Corps in 2002, where he began
his career with security forces, guarding nuclear submarines in Kingsbay,
Georgia. Soon after, he was transferred to 2nd Battalion 8th
Marine Regiment Golf Company aboard Camp Lejeune, where he traveled with his
unit to Europe, Africa, Ethiopia, Kuwait, Iraq, and Israel, providing training
to local militia and helicopter inserts for ground patrols.
Returning home to America, he was given orders to Quantico,
VA and was chosen to become an instructor for concealed pistol carry, foreign
weapons, and small arms weapons. He excelled as a trainer and was recognized
for this skill. In 2009, he checked into 3rd Battalion 6th Marine Regiment at
Camp Lejeune serving as the Marksmanship Training Non-Commissioned Officer at
the Battalion before transferring to Kilo Company as a Squad Leader. As the
Squad Leader, his role was to prepare his Marines for their upcoming deployment
to Afghanistan in support of the Battle For Marjah, a historic battle in our
country’s war on terror.  During SSgt
Harms’ first full day in Marjah, he was found unconscious after an airstrike
caused the building he was in to collapse while carrying out a mission to medevac
a civilian. 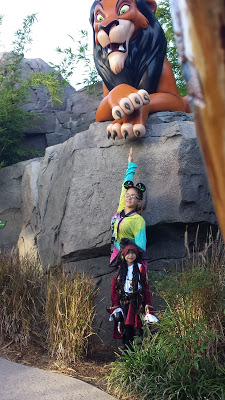 Seven months later, he returned home for 10 months and
continued to train for his 2nd deployment to Afghanistan to again
support for the Battle For Marjah. Unfortunately, this rigorous training left him
with minimal time with his family. Before he deployed he was promoted to Staff
Sergeant and left shortly after to carry out the mission of constructing 13
fresh water wells, 3 free medical initiatives, and 3 new schools with 3/6.
Shortly after returning from his second deployment to Afghanistan,
he was diagnosed with a tumor starting in his appendix and metastasizing to
several internal organs and limbs.  Since
2012, he’s undergone countless surgeries, seven types of chemotherapy, maximum
amount of radiation exposure, removal of internal organs, infections, and years
of pain.
Hope For The Warriors®
and our supporters were honored to make SSgt Harms’ Wish come true and are
pleased to continue helping the Harms Family make unforgettable memories
through the Hope For The Warriors® holiday initiative that provided gifts to
Marine Corps families in the Camp Lejeune area.
We ask you to keep SSgt Harms and his family in your
thoughts this holiday season and honor him for his dedicated and loyal service
to our country and the Marine Corps.
This holiday season you can Give A Gift of Hope in honor of
SSgt Harms’ selfless service and sacrifices. Click here to learn how.

“We’re honored to partner with Hope for the Warriors and the Warrior’s Wish program to provide resources and support for those who have served our country,” said Greg Longstreet, President and CEO of CytoSport, Inc., the parent company to the Muscle Milk brand.
Facebook0Tweet0LinkedIn0Print0Email0