A Reflection of Life, Liberty and the Pursuit of Happiness by Caregiver Colleen Rose 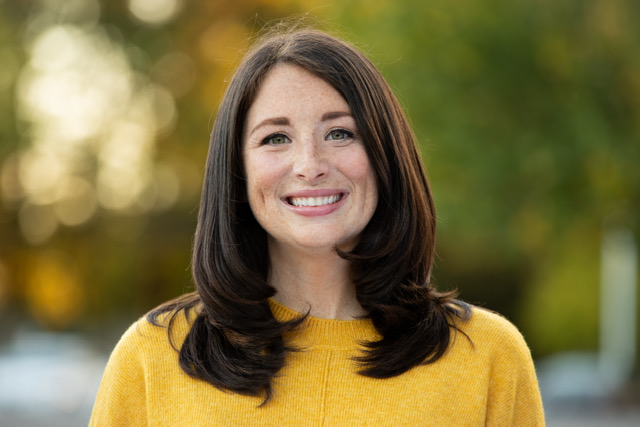 On July 4th, 1776, Americans celebrated independence from the tyranny and colonialism of England. We wanted life, liberty, and the pursuit of happiness. This year, on July 4, I am reflecting on past Independence Days. I spent July 4, 2010, in a Texas hotel room, not on a vacation, not celebrating our recent 1-year wedding anniversary (June 25th) and not eating hot dogs at a BBQ. We were celebrating America’s freedom and the price paid for that freedom in a very personal way. My husband, Johnathan Rose, was newly discharged from the hospital after being very seriously injured near Sangin, Afghanistan from a roadside bomb detonation on May 15, while fighting in Operation Enduring Freedom (OEF).

He spent over two months in the hospital. First, in a medically induced coma with the help of a ventilator and feeding tube in the Burn Intensive Care Unit (ICU), and later in a step-down unit where he worked hard to wean off of machines, build endurance, and learn to live again with a new and unfamiliar body. We were immersed in a new and small world. For me, this world wasn’t much bigger than the half-mile walk between the hospital and the hotel (that the Marine Corps paid for me to live in). For my husband, his world was confined to half-hour walks around the hospital at night and wheelchair rides to physical and occupational therapy rooms. Our lives were very much confined to one-half mile. 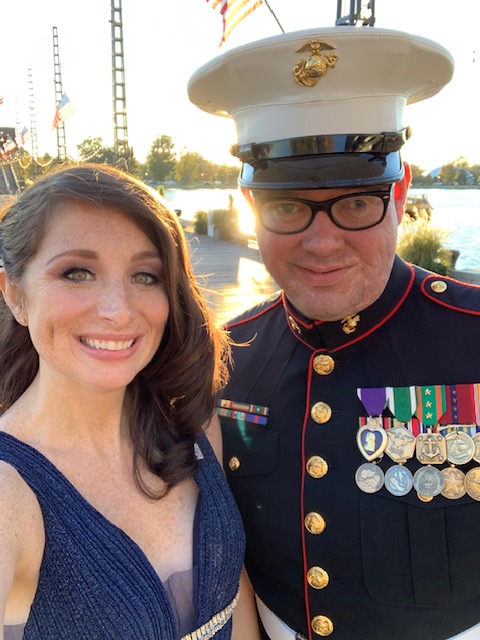 Only two months before Independence Day, I was standing over my husband listening to the whirring of his ventilator, the beeping of his heartbeat, the hum of his feeding tube, the outward expression of his most intimate inner workings and I was babbling. I don’t clearly remember everything that I rattled on about for hours per day, and for that, I am thankful because what could I say? Apparently, my answer to that question was everything. I would just say everything. On those (few) quiet moments, I was able to quell my nervous chatting, we would listen to music. My husband loves country music. I had never listened to country music before meeting him (I’m from New Jersey, and he’s from Alabama), but I learned to love the stories and feelings that these songs whispered to my husband’s soul. One particularly poignant song was ‘Free’ by the Zac Brown Band. This song hit number 1 on the billboard charts on May 1st of that year and was played almost hourly around the time my husband was injured.

As I was a newly married 26-year-old thrust into this small half-mile world, this song sang to my heart and our life in a very real way. When I would hear the opening line, I would ache: “So we live out in our old van/Travel all across this land, me and you.” My husband and I drove up and down the East coast and around the South in his beloved Jeep to visit each other and our families. That quiet time with him behind the wheel, listening to country music and me bouncing in the passenger seat seeing the wide expanse of our beautiful country made me dream of what our future would bring. We were wide-eyed, in love, and at the precipice of adulthood.

The next line would bring beautiful memories: “We’ll end up hand in hand somewhere down on the sand, me and you.” We met near Marine Corps Base Camp Lejeune in Eastern coastal North Carolina. We met a few days before his first deployment to Iraq. When he returned, and I was on break from college, we spent a weekend at the beach with our friends. We learned about each other, laughed together, and started to fall in love with sandy toes and sun-kissed noses. One of my most treasured memories from that trip was sitting together on the beach at night listening to Jimmy Buffett while the breeze cooled our sunburns, and our handholding sent those tingles down our spines as only new love can do. 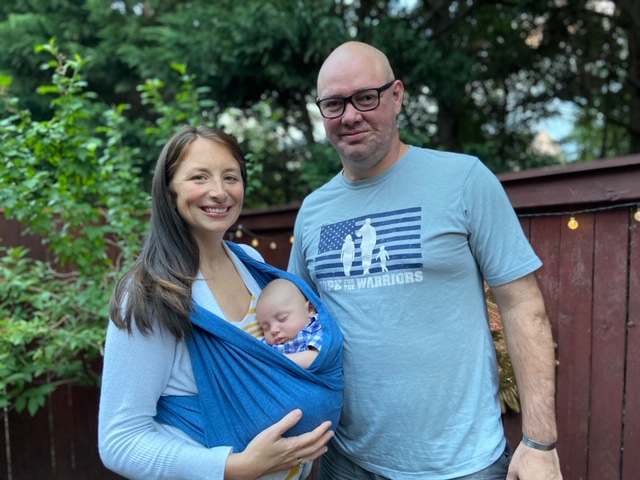 Zac Brown’s soft and melodic voice would soothe into the chorus and remind me of our current situation “Just as free, free as we’ll ever be/Just as free, free as we’ll ever be.” Free? To be free of wires, machines, doctors, medication schedules, and fear of the future sounded so intoxicating. Deciding which meal to share instead of my husband receiving the slow drip of liquid life-sustaining nutrition into his nose and me eating alone or with our family in the dining hall under fluorescent lights. Wasting the day together as opposed to only an hour at a time, as per hospital policy. Feeling his skin on my skin as opposed to through gloves and bandages. Would we ever get there?

The next verse brought more reminders of our life before May 15: “Drive until the city lights dissolve into a country sky, me and you.” After meeting and spending time together at the beach, we decided that if we were going to be in a long-distance relationship, we needed to commit. I was still finishing up my undergraduate degree in New Jersey and getting ready to start my graduate program in New York, and he had just requested to be a recruiter. Luckily, he was stationed on Long Island, New York. A mere two- and half-hour drive away was such a relief from the 10-hour drive between New Jersey and North Carolina. We would drive through the city lights for nights on the town or to pass through when driving to visit each other. We would drive and dissolve into the country sky to visit his family in Alabama. I opened his world to the hustle and bustle of the East coast, and he helped me learn to slow down and savor life like a Southerner.

“Lay underneath the Harvest moon/Do all the things that lovers do, just me and you.” That one probably doesn’t need an explanation but was a reminder of missed time together as newlyweds.

The song once again lulls into the chorus “Just as free, free as we’ll ever be/Just as free, free as we’ll ever be/Ever be” and again brought me back to reality. What will free mean to us? What will our life look like? What will he look like? John’s entire face was swollen to twice the size and completely bandaged for the first few days. He sustained burns to 20% of his face, severe damage to his eyes, already had surgery on his neck to remove a large rock that was millimeters away from his carotid artery, had one arm in a brace and the other bandaged due to deep shrapnel wounds and burns. There were so many questions and all I could do was wait. 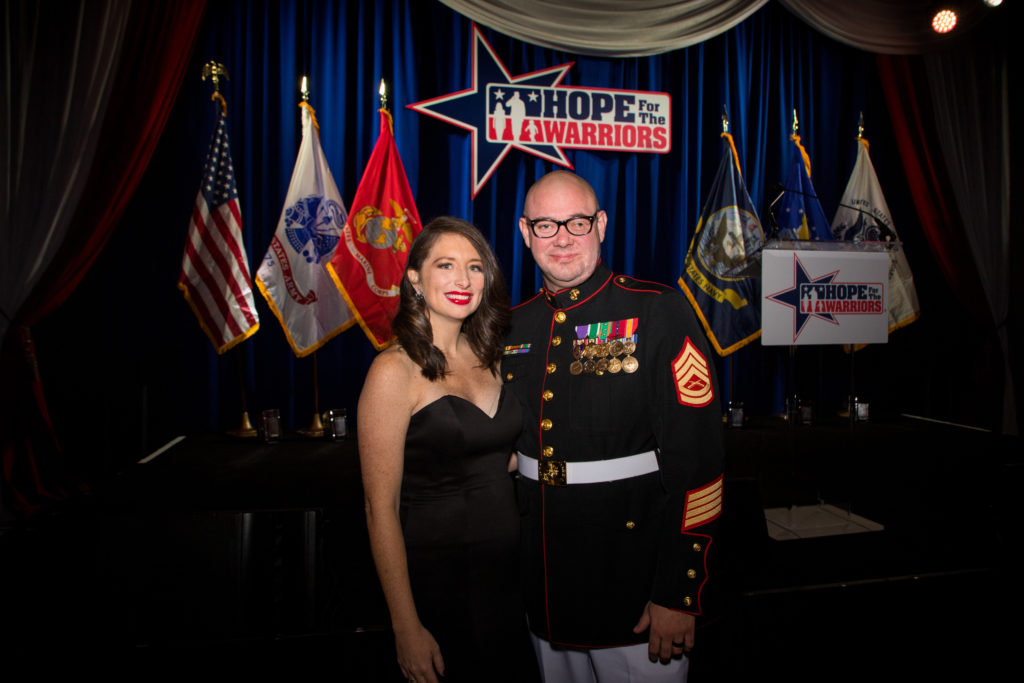 We would get all those answers in time. 10 years later, John is still working as an active duty Marine and has been promoted twice since his injury. He experiences pain every day, cannot see out of one of his eyes, carries many scars on his face and body and still needs surgery to fix ongoing issues. After five minutes of talking to him, you immediately forget all of this. He is charming, affable, goofy, humble, kind, and smart as a whip. I work full-time as an Occupational Therapist and just last year had the honor of being named a Caregiver Fellow for the Elizabeth Dole Foundation. Most importantly, this year, we grew our family by one sweet baby.

To get to this place, we have spent the last 10 years learning valuable lessons. Throughout this time, thanks to lots of hard work, the lyrics of “Free” continued to ring true: “We’ll end up hand in hand… me and you.” We are very proud of our continued commitment to each other and are forever grateful for HOPE’s commitment to us. Some days we fought for every second, others we were able to revel in celebrating our hard work and when we didn’t know how we were going to make it, we found HOPE. When we found HOPE, we not only gained a community but independence and a way forward.

This year, July 4th is not that different emotionally for us than our holiday in 2010, except that this year, we are sharing these feelings with the entire world: isolation, division, fear, and uncertainty. As our worlds move from traveling all across this land or within a half mile, our view of independence continues to change. This year, many of us are fighting for our lives, for social justice, and for our own definition of independence. What is different, for us, is that this year we are learning to check our privilege, trying to help others, and tapping into the toolbox of skills we’ve learned throughout the years to take care of ourselves. We fight when we need to, rest when we must, learn from and listen to others, practice self-reflection, tap into our village and yes, listen to some Zac Brown Band. As all our lives are turned upside down this Independence Day, my hope is that we all self-reflect. Let’s look to our past to learn from our mistakes, honor our sacrifices, and find ways to come together, with HOPE, for all of us to be as free as we’ll ever be. 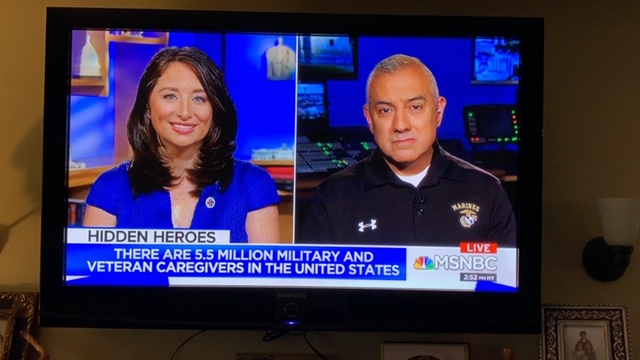 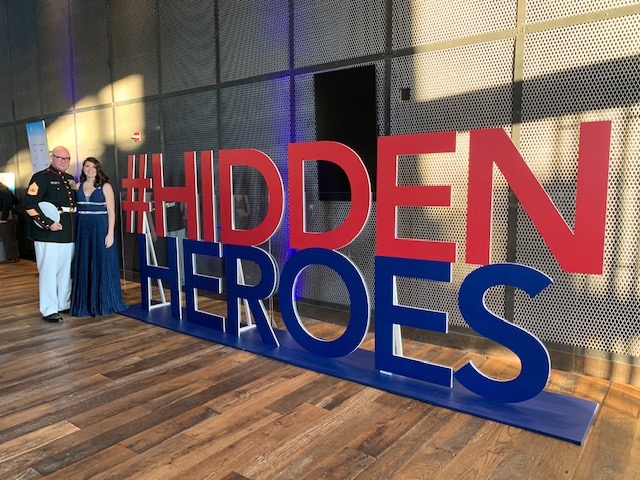 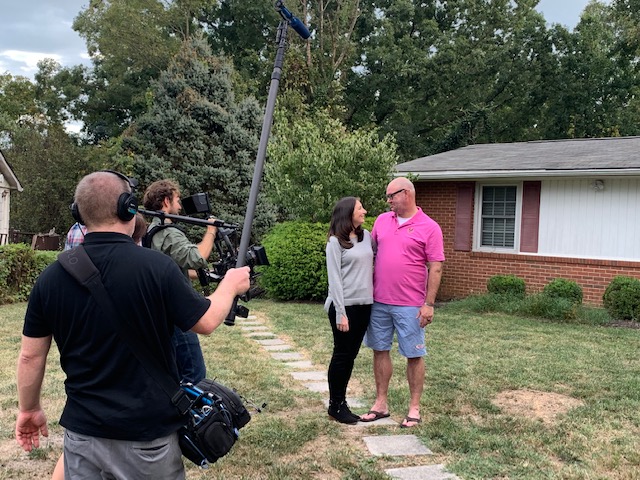 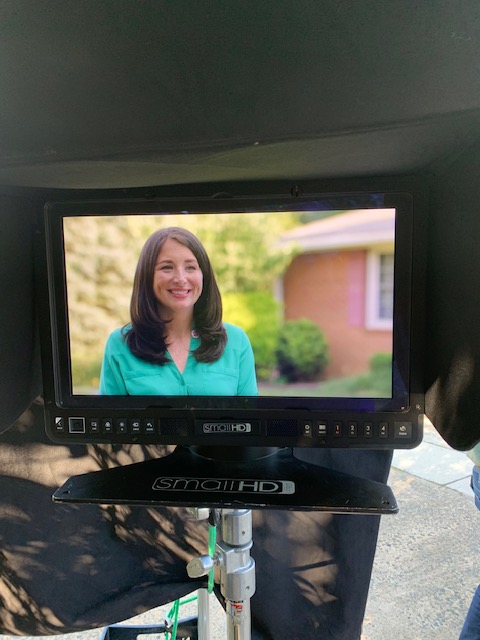 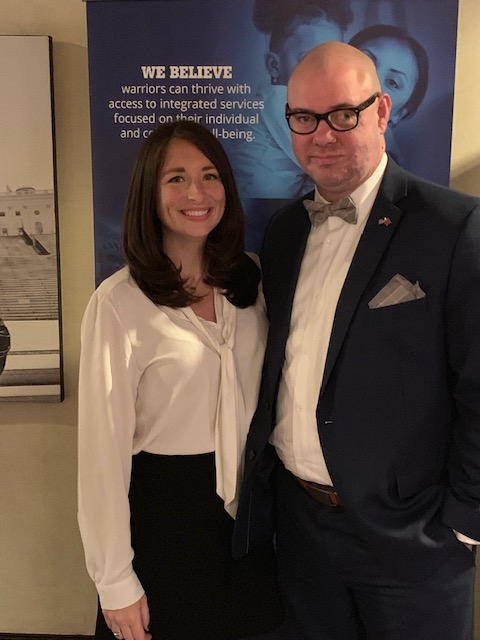 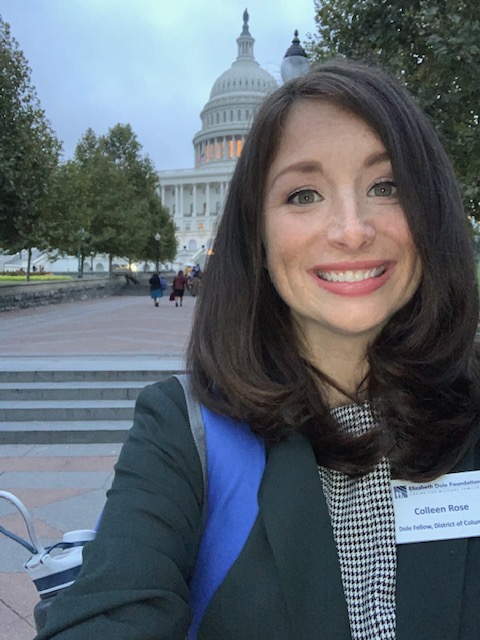 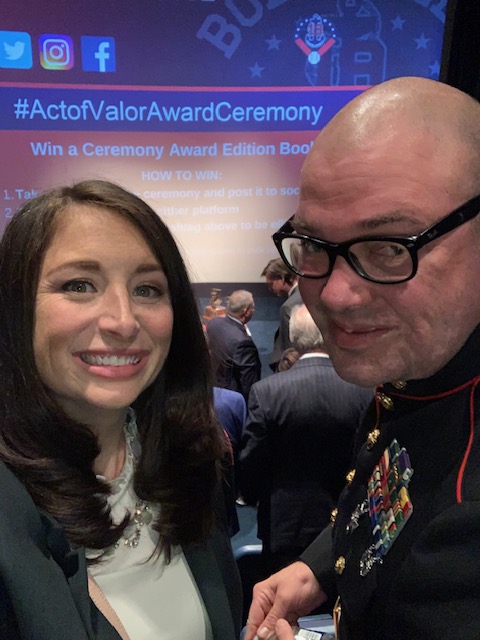 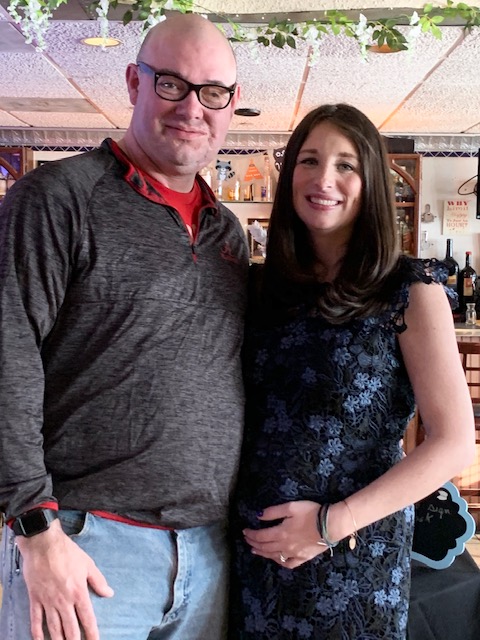 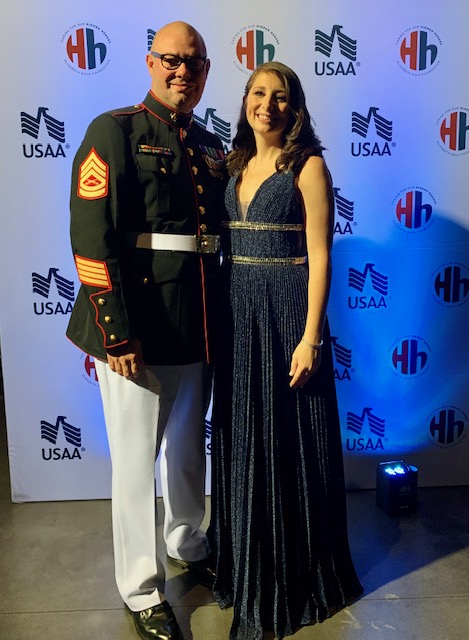 Colleen Rose is a caregiver to her husband GySgt Johnathan Rose, a breast cancer survivor, a survivor of the Midland Train Accident in 2011, an Occupational Therapist, and an Elizabeth Dole Foundation Caregiver Fellow. This year she stepped into her new favorite role of mom to her son Declan Rose.