Recently we shared with our supporters that we had once again earned a Top Rating from Greatnonprofits.  (Read here.)  Not long after, we received a wonderful email from Brian Kramer, supporter and the town manager of Pine Knoll Shores, NC.  Pine Knoll Shores has supported Hope For The Warriors® with several annual events and the people of the community continue to embrace our service members, families and our organization.  If you live in that area, we highly recommend that you join us for one of their events.

Below is Brian’s wonderful letter.  Thank you to Brian and to all of Pine Knoll Shores for their support. 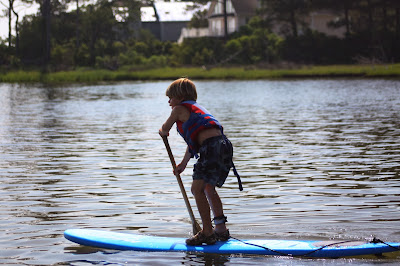 Ladies and
Gentlemen,
Pine Knoll
Shores and friends of people connected to Pine Knoll Shores have been
supporting Hope For The Warriors® (H4W) now since 2008.  It is a great
organization, and I witnessed it grow from its infancy.
It had its
roots right down the road at Camp Lejeune.  Wounded men and women were
coming back from Iraq and Afghanistan and staying in their empty
barracks—-their buddies and their leaders were still deployed.  The
Commanding General (CG) recognized this as a problem.  How to get them to
medical appointments, how to manage meds, how to ensure the rehab is
accomplished properly, and perhaps most importantly, how to make them still
fell like Marines and part of a cohesive unit—–all of this was a major
problem starting in about 2003.
Another
catalyst was a visit from one Marine to the same CG.  He was a LtCol who
was severely injured in Afghanistan.  He returned to the US, and he and
his spouse started to negotiate the medical and support system to address his
needs.  They found this task so daunting that this officer approached the
CG and said, in so many words, “I’m a LtCol and I can’t figure this stuff
out…….how is a Lance Corporal supposed to do it?”  I personally know
him.  He is a great man.

From this
grew the Wounded Warrior Barracks at Camp Lejeune, where the injured men and
women were together, supervised, and rehabbed.  The Marines now had a
means to get to medical appointments, had Docs supervising their rehab, and a
Gunny to make them shave and occasionally kick them in their rear end.
The Secretary of Defense was impressed enough that he visited Lejeune and said
that everyone else needs to do this.  Today, the Marine Corps and the Army
now have actual flagged units for wounded servicemen/women.

Also from
this grew H4W, which started out as a group of Navy, Marine, and Coast Guard
spouses, all volunteers and almost all of whom did not have a wounded spouse
but had husbands on active duty.  One of the first things they did was
organize a simple foot race on board Lejeune.  I attended this very first
event……it was smaller in scope and scale than our present Kayak Race here in
Pine Knoll Shores.  They starting doing more and more, and today the H4W
is a national organization that does simply incredible things for the
wounded.  And they don’t forget these guys/gals when they leave active
duty.  Last year I attended a H4W dinner.  Many wounded vets from
Iraq and Afghanistan were there.  I noticed that many were not youngsters
anymore.  Some had beards, some had lost their 30-inch waist, and others
had other signs of approaching middle age.  But they were still in wheel
chairs, still using canes, and still wearing their prosthetics.

I think PKS
will continue to support H4W so we can say that we are the generation that took
care of these guys/gals for the long haul.  We want these people to go
home back to their home states, go to school, get married, have kids, and be a
productive part of society.  In my mind, H4W is a natural extension of
what I saw started ten years ago with a handful of wounded kids who we moved
into a barracks so they could still feel like Marines.  Today H4W wants
these vets and their families to still feel like they are part of everyday
America.

When any of
us donate to charity we always want to know if the funds are being used for
what we think they are.  One of the ways we can do this is by analyzing
our charities through a well-established charity  evaluation group.
See below to see how H4W fared with one of the main evaluation organizations,
GreatNonprofits.  H4W is an absolutely first-class organization.
And don’t
forget: The 7th Annual Kayak for the Warriors: Saturday, June 7, 2014.
VR
Brian Kramer
Town Manager, Pine Knoll Shores
Donate Today 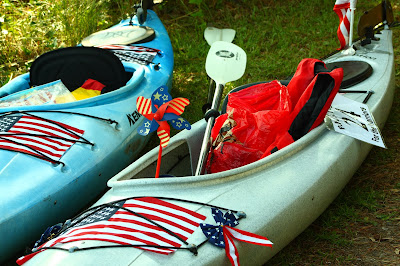