A Childhood Love Story Endures the Invisible Wounds of Combat 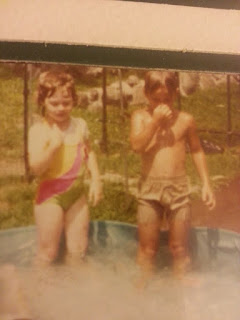 Glenda Leary met her husband, Josh Leary, when she was four years old. Glenda and Josh’s families were next-door neighbors living on Fort Devens in Massachusetts. As their families became close friends, so did Glenda and Josh. However, Glenda’s family moved to Indiana after her parents divorced. Josh’s father retired from the Army and later moved to upstate New York. Despite the distance, their mothers stayed in close touch, but Glenda and Josh settled into their new homes and new lives separately.

While in high school, Glenda received a phone call from an old friend she hadn’t spoken to in years.

“Glenda, you have a phone call from Josh,” Glenda’s mother said when Glenda came home from band practice one evening. 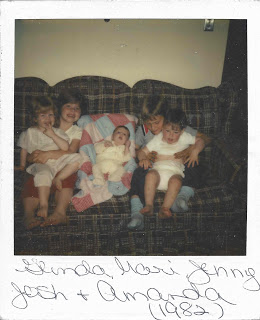 “Josh Leary,” her mother responded.
After reconnecting over the phone, the two decided to start writing letters. As their connection grew, so did their relationship. After not seeing each other for two years, Josh flew down to Glenda’s senior prom, where, they fell in love for the first time.

This long-distance relationship continued, with the couple flying back and forth for visits. After graduation, Josh asked her what she thought of him joining the military because he wanted to include Glenda in his decision.

On his next visit down to Indiana in February 1995, while Glenda was 18 and working for a dealership, Josh, then 19 years old, proposed. The plan was to have her grandfather, a minister, marry them, but they needed the paperwork for military orders so they had to elope. 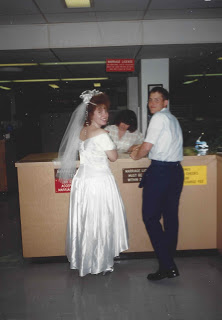 Their families’ military backgrounds and the couples’ long-distance relationship prepared them well for the years ahead. But his orders for Japan came out of nowhere, so Glenda flew to Texas to marry Josh. She stayed with family, then joined Josh at Yokota Air Base in Japan, where they had their first two children together. Orders then took them to Mountain Home Air Base in Idaho, where they had their youngest son.

Josh’s first two deployment tours were out of England. He was then stationed in Tucson, Arizona, from where he deployed twice to Afghanistan.

When Josh returned from deployment, he suffered from PTSD. This new challenge for their family forced Glenda to learn quickly how to become a caregiver. When she first started as a caregiver, she didn’t identify herself as such. She was first and foremost a military spouse; PTSD didn’t make sense to her as an illness and she simultaneously carried the guilt. She would get angry and frustrated with Josh, but didn’t know how to explain his anxiety and outbursts to their children.

Fortunately, Josh’s commander, Col Athena Miller, guided Glenda through his illness while also taking care of Glenda. But Col Miller was ahead of her time, as PTSD was still a taboo subject. Resources were not as readily available, but Glenda depended on her experiences with mental illness in her extended family to cope with their situation.

Josh’s illness caused him to be suicidal twice. The first time, Col Miller took him to the hospital. With her guidance and support, Glenda was prepared to take Josh to the hospital the second time.

Josh then entered a 21-day program at the Tucson VA to help with his PTSD. The Air Force mental health team really impacted his healing and he began functioning again. This was a truly “vibrant” time in their lives, as Glenda puts it. Josh became really involved in the kids’ lives and they all thought the PTSD was behind them.

But the Leary Family still wasn’t in the clear yet. Despite trying to change his AFSC, he was denied the career shift as he had orders to deploy to Afghanistan again. Sadly, they also dealt with the unexpected death of his mother only a couple of months before he was due to leave. He left for his final deployment in 2010.

Glenda knew the PTSD would come back when Josh returned home, and could even see it in his eyes while they would communicate via Skype. She knew this was a challenge that wasn’t going away.

In May 2010, Josh was cleaning blood underneath of an OR table. Unbeknownst to him, the Taliban attacked the base. Because it startled him, he hit his head extremely hard on the metal part of the table and fell backward. Josh was dazed and confused but didn’t understand what had happened. After gathering his bearings, he left the OR and was told by his co-workers about the events that had occurred.

Subsequently, he was medically evacuated to Landstuhl Germany for the PTSD. But was later diagnosed with a Mild Traumatic Brain Injury and chronic Post Traumatic Headaches. The next plan was to send him to Walter Reed for one night and then to Fort Hood, but en route the medical team thought he was having a heart attack. He was put in ICU at Fort Campbell for three days, where he stayed until he recovered enough to fly again. Then he was sent to Fort Hood, and ultimately back home to Tucson. 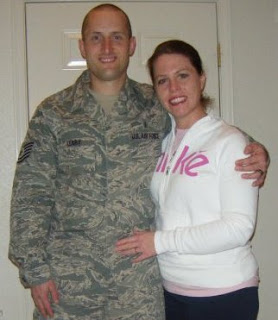 After he was stable and reunited with Glenda and his children, Josh became suicidal twice again and received immediate intense medical care. Glenda remained steadfast and strong as a caregiver. She worked with command, the medical team, and his AFW2 case managers as a team for Josh. She also helped moved the family back to Indiana after he was placed on temporary retirement for his medical conditions. There, Josh permanently retired from the military in 2013. Thankfully, he has not been suicidal since that time. This is thanks to his wife for ensuring he has excellent and proper medical care.

Josh continues to suffer from cognitive processing complications, chronic headaches, PTSD, mobility problems, and low vision. Glenda is very involved with his medical care and knows they’ve come to a new chapter in their life, despite these daily challenges. Glenda and Josh continue to learn more about his illness in order to grow as a family.

They continue to take their lifestyle in stride, dealing with frustrations as they come. Their community doesn’t necessarily understand Josh’s illness and they have challenges as a family, but “it’s a learning curve,” as Glenda describes. “At the end of the day, we’re a family and we support each other. We’re just looking for our little blessings every day, taking it one step at a time. We just love each other even through the rough days.”

Glenda is now an Elizabeth Dole Fellow, where she has the opportunity to utilize her experiences to impact military caregivers on many levels. Glenda and Josh enjoy time together with their large family—two kids in high school and one in college, along with a family cocker spaniel and Josh’s service dog, Hawk. 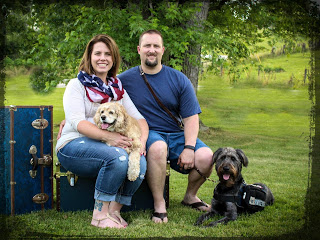