Colleen Rose has been involved with Hope For The Warriors on many different personal levels, both as a military spouse and caregiver receiving support. Yet we at HOPE feel we’re the ones who have benefitted more by knowing Colleen. She’s a remarkable individual shaped by her husband’s service and story, but her journey is just as impactful when talking about commitment, resiliency and attitude. It is because of her incredible journey and resilience that we honored her with a 2019 Vigiano Family Hope & Courage Award. 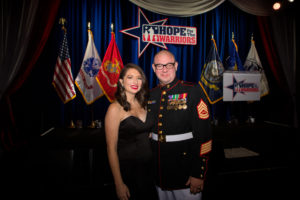 To be in the presence of Colleen Rose is to bear witness to the human capacity to carry strength and compassion in equal measure. That an occupational therapist who helps children overcome significant challenges would have deep compassion for her fellow humans is hardly surprising. As a survivor of both cancer and a horrific train accident, the child of two cancer survivors, and a caregiver herself, strength also seems a given. But it was not always that way for Colleen. Much of her strength lay dormant, awaiting a catalyst, until her husband, Marine Gunnery Sergeant John Rose, was significantly injured in combat in Afghanistan in 2010.

John’s injuries forced a young wife into a caregiver role. It was a role for which someone who saw herself as “the absent-minded professor type” felt ill prepared. Suddenly and completely, Colleen had to be the one “who held it all together.” Then came her own challenges. In 2012, a train struck a parade float on which Colleen and John were riding. Four other veterans died. Colleen and 14 others were injured, John’s previous injuries made it difficult to tell if he had been as well. 2016 brought a cancer diagnosis followed by a double mastectomy. But as surely as fire tempers steel, adversity revealed Colleen’s fortitude.

Now, talking to Colleen about the lessons she has learned as both a caregiver and care recipient, you sense she is someone who is here to teach us all valuable lessons — how to laugh through adversity; how to communicate through pain and frustration; and perhaps, most importantly, how to ask for help. Asking for help brought Colleen and John into the Hope For The Warriors family, a deep friendship that has bettered both Hope and the Rose family alike.

For those reasons, Colleen Rose is well qualified to be a 2019 Vigiano Family Hope & Courage Award honoree and carry John Vigiano Sr.’s legacy forward. Asked what the honor means to her, Colleen says, “[a]s the daughter of a Newark, New Jersey, firefighter who worked at the Trade Center for two weeks after 9/11, to even have my name listed next to his is such an honor. I grew up in a first responder family, attending fundraisers for other firefighters. We took care of our work families as if they were our own. I married a Marine. Now, as both a caregiver and care recipient, to receive an award associated with a man who would take the shirt off his back, to put it on yours is overwhelming. His legacy, that of his sons, and the family that already sacrificed so much and still that carries on the mission to honor our nation’s heroes, lives on through all of us and the efforts of Hope for the Warriors.”

Colleen’s parents taught her, “You do what you have to do.” Moving forward, what she has to do is a long list, all of which is intended to bring the gift of hope to people who need it. Colleen intends to work for legislation directing student loan forgiveness for caregivers through her caregiver fellowship with the Elizabeth Dole Foundation, to help Hope For The Warriors “in any capacity I can,” and focus on growing a family, a possibility supported by Hope For The Warriors in the wake of her cancer diagnosis.

Colleen lives in a way that exemplifies what the 2019 Hope & Courage Award means to her: “It symbolizes being able to pick up the pieces after the worst, not to move on, but to honor the things that have happened as we embrace our futures by making the most out of what happened in our past. That’s what caregivers, first responders and wounded service members do.” 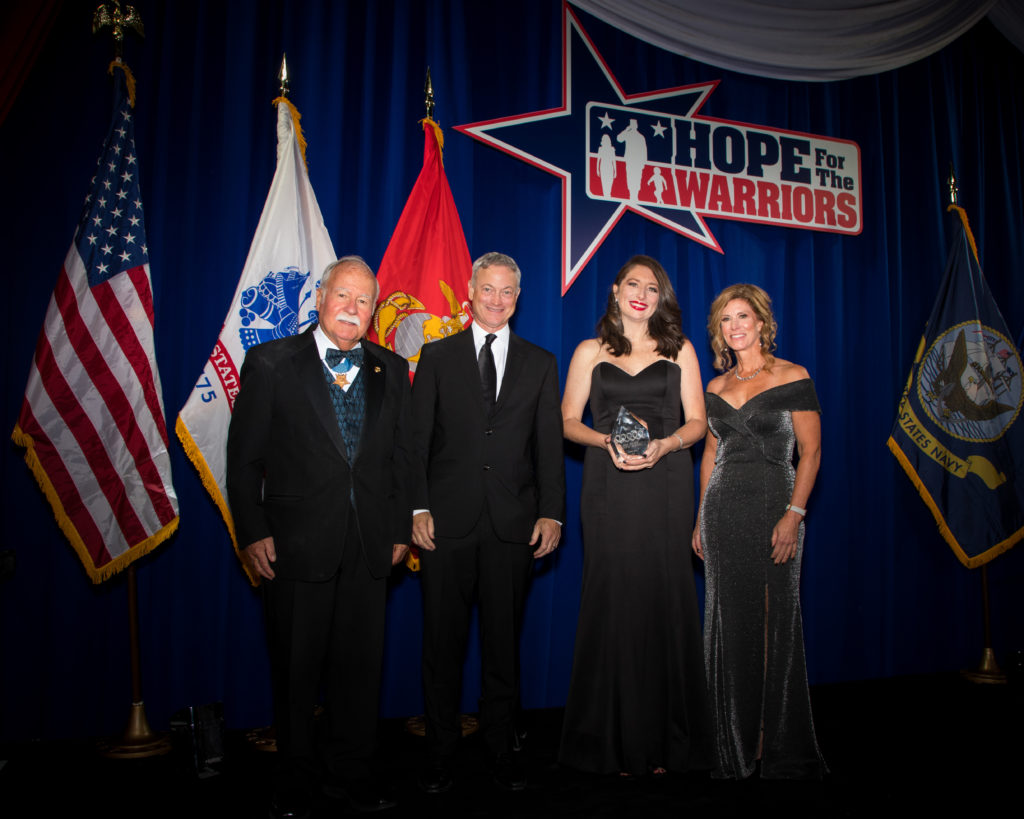