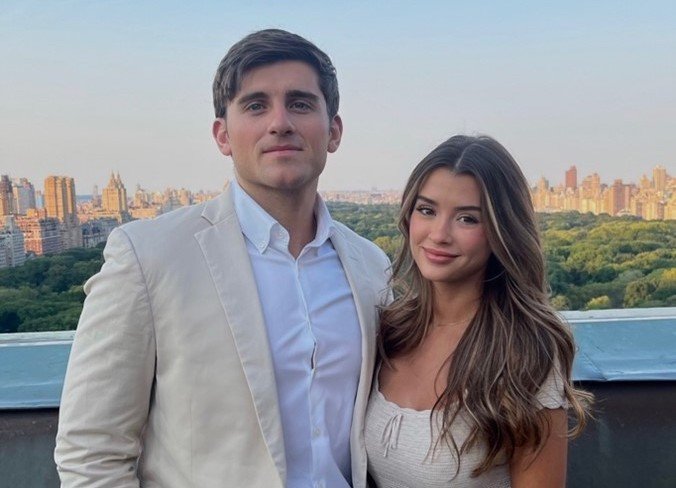 McQuade Ryan has never doubted service would be a huge part of his life.

“Both of my parents began their careers as police officers before transitioning into other avenues of public service. My family is a service family. There was a sense of duty to community and country,” said McQuade, whose grandfather served in World War II. “What was the best avenue for me? ROTC was the best fit for me and I knew I wanted to be on the line with soldiers doing what the Army does.”

And that is the short story on how McQuade, a New Jersey native who went to college at St. John’s University in Queens, wound up running the New York City Marathon recently for Team Hope For The Warriors, raising $4,000 in the process.

The long story is even better.

Because McQuade was enrolled in the ROTC program at St. John’s, when he graduated, he commissioned out of the ROTC Program as a Second Lieutenant, Distinguished Military Graduate, and Infantry Officer. Next up was a move to Fort Benning, Georgia, where he attended and completed the Infantry Basic Officer Leadership Course, U.S. Army Ranger School, U.S. Army Air Assault School, and U.S. Army Airborne School before moving to Fort Drum, New York, and serving in the 10th Mountain Division.

By the time he deployed to Afghanistan he was a captain, doing exactly what he set out to do.

“I was a Distinguished Military Graduate, ranked in the top 10 percent in the of all commissioning officers in country. I was inducted into the University President’s Society (the highest undergraduate honor society at St. John’s University) and I set myself up to serve the Army job I wanted.”

That job was, as he had always wanted, on the ground, leading troops. For almost a year, he was on combat deployment in Afghanistan during the United States withdrawal, leading his soldiers as they helped with the Afghans’ transition.

A year ago, McQuade left the Army and moved to Manhattan in New York City where he currently works as a cyber security consultant. However, service remains an integral part of his life.

“Once I separated from the Army and moved to the city, I was looking for areas to get involved. I wanted to find ways to continue service, and give back to the community I come from,” said McQuade, who remains in the Army National Guard. “That’s when I noticed Hope For The Warriors was a participating charity in the New York Marathon.”

He contacted HOPE almost immediately. “I knew these things were probably planned pretty far in advance.” He got the basic information and began training.

“In Afghanistan, I was lifting a lot and not spending time running; when I started to transition (out of the Army) I started to enjoy the personal relationship with running more. Ironically, it is a great way to get exercise and fresh air while living in New York City,” said McQuade. 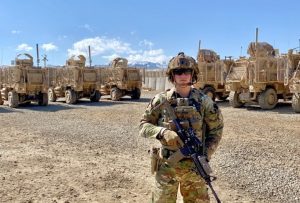 As odd as it may sound, McQuade said New York City is not a bad place for runners to train.

“I live right by Central Park. There’s a six-mile loop in the park and the West Side Highway has a nice path so it is possible to get a good, long run in on the weekends. The entire perimeter of the city is roughly 30 miles if you’re feeling up to challenge”.

McQuade said training went well until August when he suffered a knee injury that included a stress fracture of his femur. He took almost two months off training because of the injury but delayed surgery because he didn’t want to miss the New York City Marathon and the opportunity to represent HOPE.

“I have a knee injury that needs surgery, but I ran through it. I wasn’t going to not do it because of that,” said McQuade. “My time wasn’t what I wanted, but it was a good day.”

McQuade is a member of the New York Athletic Club, which is also the site of American Legion Post 754, which he has helped revitalize.

“We basically bring the veteran community together, provide opportunities to veterans, help to bridge the gap,” he said of his involvement with the American Legion post.

On the day of the marathon, the post had a viewing party, and McQuade, who is on the post’s executive committee, helped make sure the post was open to Team Hope athletes. “It’s very important for us to do things in collaboration with other groups,” he said.

Obviously, McQuade walks the walk … he leads a life of service through action, continuing to volunteer to help veterans. And our team can expect him to be around our events in the future.

“I stay in touch with the HOPE team, I text with Josh (Sooklal a HOPE military and veterans program manager based in New York) every other week so I can know what’s going on, so I can know what I can do to support them.”