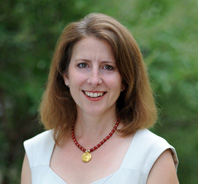 Shannon Maxwell, author of Our Daddy Is Invincible! and Big Boss Brain, has been an active and respected advocate for wounded warriors and their families since 2004 when her husband, LtCol Tim Maxwell, USMC (ret), was wounded with a penetrating traumatic brain injury (TBI). She currently serves as Vice President of SemperMax Support Fund which she co-founded with her husband in 2009, having first co-founded the non-profit organization, Hope For The Warriors® in 2006. In addition, Shannon is a marketing and communications consultant, serves as an Elizabeth Dole Foundation Fellow, and sits on the advisory boards of several wounded warrior programs.

As an appointed member of the Traumatic Brain Injury Family Caregiver Panel, established through the National Defense Authorization Act of 2007, Section 744, Shannon helped create training curriculum that would educate and assist Family Caregivers in understanding traumatic brain injury and participating actively in the care of their wounded family member. The curriculum was adopted by the Defense Health Board and approved for distribution on April 14, 2010. Shannon has been recognized for her efforts in support of the wounded with the Presidential Call to Service Award and the Marine Corps League’s 2013 Dickey Chapelle Award. She was the 2011 Ursula Laurus Award Recipient and became one of five recipients of the 2007 National Military Family Association’s Very Important Patriot Award. She holds a Bachelor of Business Administration from Texas A&M University and a Masters of International Management from University of Maryland University College