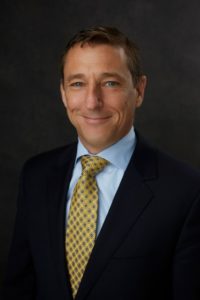 Lieutenant Colonel (Retired) Jay Soupene attended the United States Military Academy at West Point, NY and was commissioned in 1991 as a second lieutenant in the Field Artillery.

As a field artillery officer, he served in a multitude of leadership positions and after twenty years of service, he retired from the military. Upon transitioning from the Army, Jay immediately started work for Casey’s General Stores and is now the Senior VP of Operations.

Jay’s military career includes two deployments to Iraq (2004-2005 and 2006-2008), Humanitarian Assistance in New Orleans in the wake of Hurricane Katrina, and training and assignments around the world.  Awards include the Bronze Star (1OLC) and the Meritorious Service Medal (3OLC).  He is a graduate of Airborne and Air Assault School, the Field Artillery Basic and Advanced Officer Courses, the Combined Arms and Staff School, the Command and General Staff College and he holds a master’s degree in business.