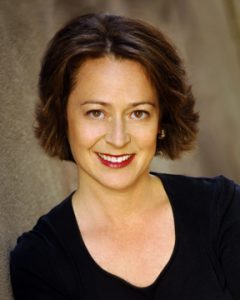 Kathy Roth-Douquet is co-founder and CEO of the military family organization Blue Star Families. In three years Blue Star Families has grown to over 24 chapters, with over 30,000 members, and programming reaching half a million military families. She is an award-winning author, attorney, military family advocate, commentator, and a former Clinton White House and Pentagon appointee. She is a senior Fellow for the Truman National Security Project, and a Fellow with the Inter-University Seminar on Armed Forces in Society. She is the co-author, with Frank Schaeffer, of two books: AWOL, The Unexcused Absence of America’s Upper Classes from Military Service and How It Hurts the Country (Collins, 2006) and How Free People Move Mountains (Collins, 2008). She is currently co-authoring a children’s book.

Kathy Roth-Douquet received her B.A. from Bryn Mawr College, her MPA in International Affairs from the Woodrow Wilson School at Princeton University where she held a Woodrow Wilson Fellowship, and a JD from the University of San Diego School of Law, Magna Cum Laude and the Order of the Coif. While serving at the Pentagon as Principal Assistant Deputy under Secretary of Defense (Acting) she received the Secretary of Defense Medal for Outstanding Public Service for her work on defense reform. Kathy Roth-Douquet serves on the advisory board of the wounded warrior charity, Hope For the Warriors and the veterans charity Beyond Tribute. She serves on the President’s Advisory Board for Bryn Mawr College. Kathy lives in Stuttgart, Germany while her husband serves with Marine Forces Europe. She has two school age children. Her husband, an active duty Marine officer has served three combat deployments in Iraq and Afghanistan.