Jack W. Marin, Chairman of the Board 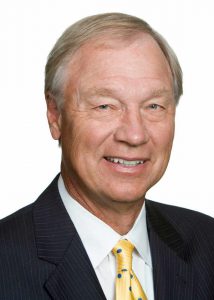 Jack Marin lives in Durham, North Carolina with his wife Robin. He is a retired lawyer, formerly with the firm of Williams Mullen PC. While there he served as outside counsel to the National Basketball Retired Players Association. He represented American basketball players playing in the NBA and in more than a dozen foreign countries. After college, Mr. Marin was a first-round draft pick and enjoyed a distinguished, 11-year career in the National Basketball Association.

Mr. Marin served for three years (1998 to 2000) as the executive director of the Celebrity Players Tour, a professional golf tour for notable athletes and entertainers. During his tenure, the tour grew from five to fifteen events that supported various charities around the country. He was a playing member and served on the organization’s board of directors. Mr. Marin has been elected to the North Carolina, Pennsylvania and Duke University sports halls of fame. In 1996 he was president of 30th Reunion Class at Duke University.

Prior to his retirement, Martindale Hubbell rated Mr. Marin an AV attorney, its highest rating.