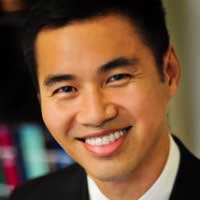 France previously served as an Associate White House Counsel and Special Assistant to the President from 2007 to 2009. After leaving the White House France mobilized in support of Operation ENDURING FREEDOM where he served as the Executive Officer of a U.S. Army Special Forces Company on a 7 month combat deployment in Eastern Afghanistan.

France has previously worked in every branch of Government, having served as a law clerk to the Senate Judiciary Committee, law clerk for Judge Thomas Griffith on the U.S. Court of Appeals for the D.C. Circuit, and summer law clerk to Chief Judge Jamie Baker on the U.S. Court of Appeals for the Armed Forces, and served as the Deputy Chief of Police and SWAT Commander for Fort Leavenworth, Kansas. He also previously worked as a lawyer at Williams & Connolly LLP and briefly served as an Assistant United States Attorney in the Eastern District of Virginia.

France supports a number of veteran causes and efforts, serves on the Board of Directors for the Stimson Center, and is a Strategic Advisor to several startups.

France has been quoted by Law360, American Lawyer, National Defense Magazine, and the Federal Times, and his commentary has been published by the Wall Street Journal.