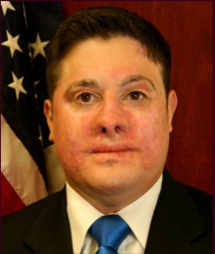 Dan Moran founded Moran Enterprises Incorporated on November 10, 2008 and serves as Chairman, President, and Chief Executive Officer. Dan is a combat decorated veteran who served in the Global War on Terror as an Infantry Officer in the United States Marine Corps. He is a recipient of the Navy Commendation Medal with Valor, the Navy Achievement Medal with Valor, the Combat Action Ribbon, and the Purple Heart. He medically retired as a Captain of Marines July 31, 2009.

He served his initial tour of duty in Fallujah, Iraq. After the initial deployment, Dan was assigned to lead a Mobile Assault Platoon in the 1st Battalion, 6th Marines, Weapons Company. Dan deployed for a second tour of duty to Ramadi, Iraq in September, 2006.

Dan was wounded during a patrol on October 9, 2006 north of the city of Ramadi. Twelve days later during a night patrol on October 21, 2006 in downtown Ramadi, Dan’s vehicle was hit by an improvised explosive device, killing three of his Marines and severely injuring him and his vehicle commander. Dan sustained 3rd degree burns to 50% of his body, incurred multiple fractures in his back, suffered an inhalation injury, a concussion and loss of his spleen. He was transferred to Brooke Army Medical Center in San Antonio, Texas where he recovered for almost 3 years. He moved to Houston in August 2009, where he lives with his wife, Teal, and their two children, Trey and Macy.

Dan was awarded the Navy Commendation Medal with Valor, which was presented to him by former President George H.W. Bush and Secretary of Defense Robert M. Gates during half time of the Texas A&M vs. University of Kansas football game in College Station on October 27, 2007. Dan also is a recipient of the Navy Achievement Medal with Valor, the Purple Heart, and the Combat Action Ribbon.

Dan earned a Bachelor of Arts degree in Political Science from Texas A&M University and a Graduate Certificate in Advanced International Affairs at the George Bush School of Government and Public Service. He has also participated in executive business education at Harvard Business School.