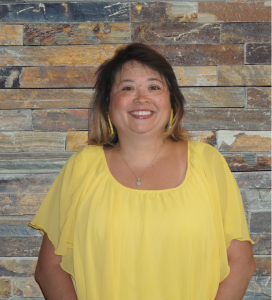 When our nation’s heroes answer the call to serve, they dedicate their lives to defending our country’s freedoms. For some of these brave men and women this means paying the ultimate sacrifice and never returning home to their families. As a Gold Star Mother, Amanda Jacobs Ballard has been through the pain and grief of losing her son overseas and has kept his memory alive by volunteering with other Gold Star Families. To honor her for her strength and fidelity, Hope For The Warriors is proud to present her with a Vigiano Hope and Courage Award.

Named in honor of John (veteran and FDNY) and Jan Vigiano, who lost both of their sons in New York City on 9/11, the award recognizes service members and military family members who have demonstrated both hope and courage in the face of extraordinary circumstances. Amanda was one of three individuals honored with this award on August 28 at the 2022 Hope For The Warriors Summer Soirée, hosted by River Landing in Wallace, NC, and presented by Siemens Government Technologies.

Amanda’s son Christopher Phoenix-Jacob Levy knew at 11 years old that he wanted to serve his country. In 2009, he took the oath to defend and protect the constitution of the United States and joined the United States Marine Corps. Two years later, on December 10, 2011, Jacob was killed in action at the age of 21 while serving as a Lance Corporal in Afghanistan’s Helmand Province.

“Jacob died doing a job he was willing to die for,” Amanda said. “He was an awesome man and an awesome Marine. He volunteered to go on his second tour of duty in Afghanistan. Jacob was an organ donor, and people will remember him and live a long life because of him.”

After Jacob’s platoon returned home from Afghanistan, Amanda wanted to connect with the Marines who were serving alongside her son. Now, 11 years later, she is the “bonus” mom to 30 Marine Corps sons who were Jacob’s brothers in arms while serving their country. Each year, they continue to gather in honor of Jacob’s memory, share stories, and remain united as a family. 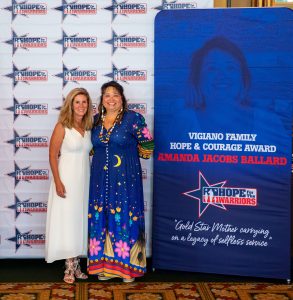 “We may lose a member of our family, but as long as we continue to come together, talk about them, and do good things in their honor; they will never die and memories will continue to be made,” said Amanda. “Our family motto is, ‘No one gives up, always reach out, because if one of us stumbles, we all stumble.’ As long as we progress, Jacob’s sacrifice wasn’t in vain.”

Currently, Amanda is the Gold Star Tribute Ambassador for Honor Brewing Company located in Chantilly, VA. Its mission is to honor all those who have served and ensure that the brave men and women who have paid the ultimate sacrifice will never be forgotten. Working with Honor Brewing Company has opened the door for Amanda to share Jacob’s story, meet other Gold Star Families, and share the stories of other fallen heroes across the country. Amanda is also a volunteer with HOPE, continuing to support our warrior community.

“Amanda continues to make a difference in the lives of Gold Star families,” said Robin Kelleher, Hope For The Warriors co-founder and CEO. “This is never a title anyone wishes to have, but Amanda presses on to honor Jacob’s legacy year-after-year, sharing both his story and hers as a Gold Star mom.”

The annual HOPE Summer Soirée unites HOPE staff, supporters, and many of our nation’s heroes as they come together with a goal of making a lasting impact on the lives of the military community. We were honored to recognize Amanda at this event, share her story, and learn about the selflessness of her son. The work Amanda does with Gold Star Families and the military community inspires us all to continue stepping up to meet the changing needs of service members and their families.